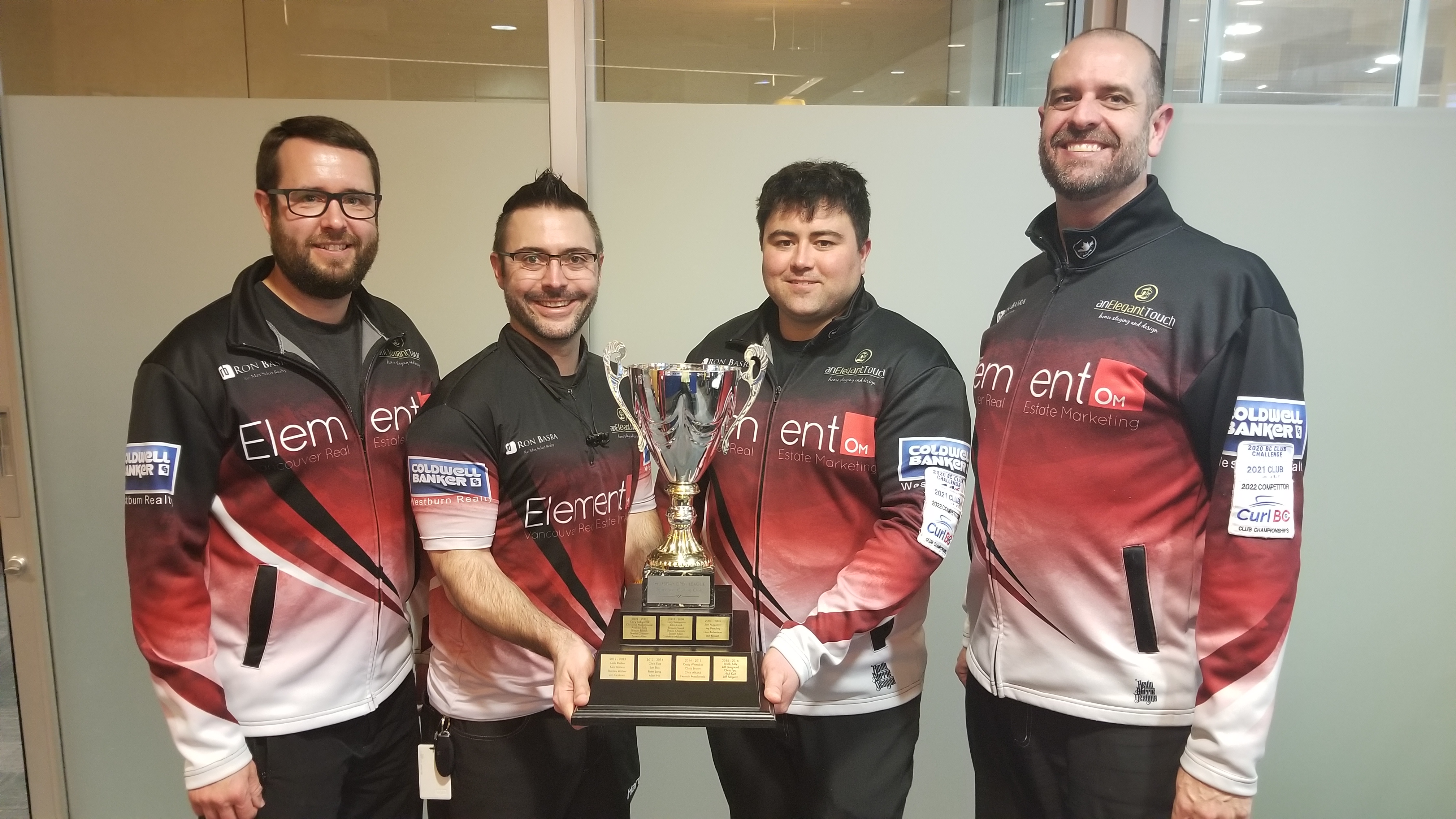 Pictured are from left to right are: Chris Gomes, Patrick Prade, Martin Perry, and Brian Cole.

The Thursday Open Curling League plays out of the Vancouver Curling Club at Hillcrest Centre in central Vancouver. Our league is one of the largest at the Club and features players ranging from fairly new to those who have curled in Canadian championships.

Thursday nights at the VCC provide curlers of all abilities the chance to play in competitive games in a very social environment. Teams are seeded into four tiers, and participate in three rounds throughout the season with reseeding after each round, thus getting to play against teams of similar skill. It is recommended that at least two players on a team have a few years of curling experience.

The Thursday Open Curling League is currently full with 36 teams. If you are interested in fielding a team for the 2022/2023 season, we would be happy to add you to our waiting list which opens on June 1st, 2022.